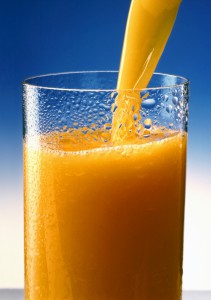 South Africans are increasingly responding well to products deemed to provide health benefits across all juice categories. Manufacturers are adding more healthy products to their existing ranges as a way to remain highly competitive. The cost of juice however, remains fairly high to lower LSM consumers whose families are often characterised by large numbers of people, and such groups often resort to cheaper soft drinks such as carbonates. Manufacturers are however responding well to the increased need for cheaper juice that caters for big families as seen by the increased presence of larger plastic containers, holding up to four litres of juice. The larger containers are often much cheaper when compared with the smaller containers in the 500ml to one litre range.

The GBO Pioneer Food Group Ltd remained highly dominant in juice in South Africa during 2013. The company’s success is driven by its subsidiary company brands such as Ceres and Liqui-Fruit which have become household names in the juice industry in South Africa due to their broad distribution networks which ensure that the brands are highly visible on the shelves in most retail outlets. Pioneer Food’s brands are highly dominant in 100% reconstituted juice where they command a share of over 50% in volume terms.

Juice consumption levels in South Africa are expected to increase over the forecast period as more consumers continue to respond well to the health and wellness positioning of juice products. Increased access to information through sources such as the internet is expected to play a major role in increasing consumer awareness in terms of healthy eating as well as healthy products on offer across the juice category. The expected growth in the consumer middle class population is likely to be one of the key drivers for increased demand for juice.