Economic development in the Western Cape is characterised by a broad sector base, with good growth potential in several major sectors, a range of significant niche sectors and a number of large new investment projects. Rapidly decreasing communication cost levels mean the disadvantages of Cape Town’s distance of 1 500 kilometres south of the economic hub of Gauteng and several thousand kilometres from European, American and Asian centres is less and less significant. In line with worldwide trends, South Africa’s export-oriented industries tend to shift towards port cities and coastal industrial belts – the drop in import duties and the establishment of Saldanha Steel as a basis for Western Cape heavy industry add more momentum to this shift. The Western Cape has an open economy with foreign trade making up close to 30% of the gross regional product. The province’s exports have traditionally been dominated by primary products such as fruit, fish and vegetables, but with beneficiation adding increasingly higher value.

Western Cape investment and trade promotion agency  Wesgro is the official investment and trade promotion agency for the Western Cape, the first point of contact for foreign importers, local exporters and investors wanting to take advantage of the business potential of Cape Town and the province as a whole. The agency works closely with key players such as the South African government, business, labour, the City of Cape Town, district municipalities and rural local authorities. Its key objectives are:

The Western Cape’s beauty is unsurpassed and it is a top international tourist destination. Some 50% of international tourists arriving in South Africa visit the Western Cape, while the overall share of the region in South Africa’s tourism market is approximately 24% by gross expenditure. Estimates for the different components of the Western Cape’s 8-million annual tourists clearly show the dominance of local tourists – 46% from other provinces and 39% from inside the Western Cape – as compared to 14.3% foreign tourists. In the latter category, tourists from elsewhere in Africa have reached about half the number of foreign arrivals. The tourism industry is a major growth sector in terms of investment, employment and the diversification of services. Less directly, tourism stimulates the property market – especially prime residential and cluster projects – and strengthens business contacts, often are the forerunners of trade, joint ventures and immigration plans.

The sheltered valleys between mountains are ideal for the cultivation of export-grade fruit such as apples, table grapes, olives, peaches and oranges. A variety of vegetables is cultivated in the eastern part of the Western Cape, while the wheat- growing Swartland and Overberg districts are the country’s breadbasket. The agricultural sector is critical for the Western Cape economy, accounting for 60% of regional exports. Since the 1990s the sector has steadily expanded, with only moderate fluctuations due to late winter rains, shifting world market prices and other unforeseeable factors related to specific product segments. South Africa’s 300-year-oldwine industry is based in the south of the province. The region produces 3.1% of the world’s wine and ranks as number nine in overall volume production, with 100 200 hectares under vines for wine production. Some 75% of all South African fishing taking place along the Western Cape coastline. The rich fishing grounds on the west coast are protected from exploitation by a 200km commercial fishing zone and a strict quota system. Snoek, Cape lobster, abalone, calamari, octopus, oysters and mussels are among the delicacies produced in these waters. Key exports are also fruit, wine, wool and ostrich. The high quality of exports, combined with the relative weakness of the local currency, makes the products some of the most affordable high quality exports in the world.

In the past the strength of Cape manufacturing largely depended on the performance of the food processing sector as well as clothing and textile industries. Several other segments made relatively small, yet significant contributions to the sector, like the petrochemical and plastics industry, furniture, printing and publishing. The establishment of the R9-billion Saldanha Steel Project (SSP) is expected to gradually expand the base of Western Cape industry, helping create downstream processing plants. The rise of information technology, telecommunications, medical and research equipment and other hi-tech processes will further broaden the industrial core of the Western Cape. The Capricorn Science and Industrial Park in the beach town of Muizenberg one of a number of catalysts.

Cape Town is the second largest financial centre in the country. The province has in the past relied largely on the insurance industry as the backbone of this sector. While this sector still expands, a stronger momentum seems to come from the establishment of new, specialised financial service suppliers in the area, either as branches of Gauteng head office, or as a shift of certain of the activities to the more attractive working environment of the Cape. This trend includes foreign firms, and new investment groups focusing on the local investment scene. Parallel to the steady expansion of financial services and retailing, dominated by the expansion of a few retail mega-centres, there is also a boom in professional, business, property and personal services. In particular the property services sector has experienced dramatic growth. Business process outsourcing A rapidly expanding sector showing good potential in the Western Cape in particular is business process outsourcing, which includes the processing of accounts and claims, as well as front office activities such as call centres. This growth is fuelled by world- class service levels of call centre staff, time-zone compatibility with Europe, high rates of fluency in English coupled with neutral English accents, a favourable exchange rate and an advanced telecommunications industry. Investment agency Calling the Cape has facilitated call centre deals in the Western Cape worth R933-million since the beginning of 2004, with investments in 2005 up by 19% over 2004. Some 79% of this investment originated from the UK, with companies from Canada, Germany, the Netherlands and the US also represented. Companies running call centres in the Western Cape include Barclays, JP Morgan, Lufthansa, the Budget Group, Merchants/Asda, Dialogue and STA Travel. Research published in November 2004 by independent analysts Datamonitor predicted that South African call centre numbers would double by 2008 – and rated Cape Town ahead of India for quality of service. 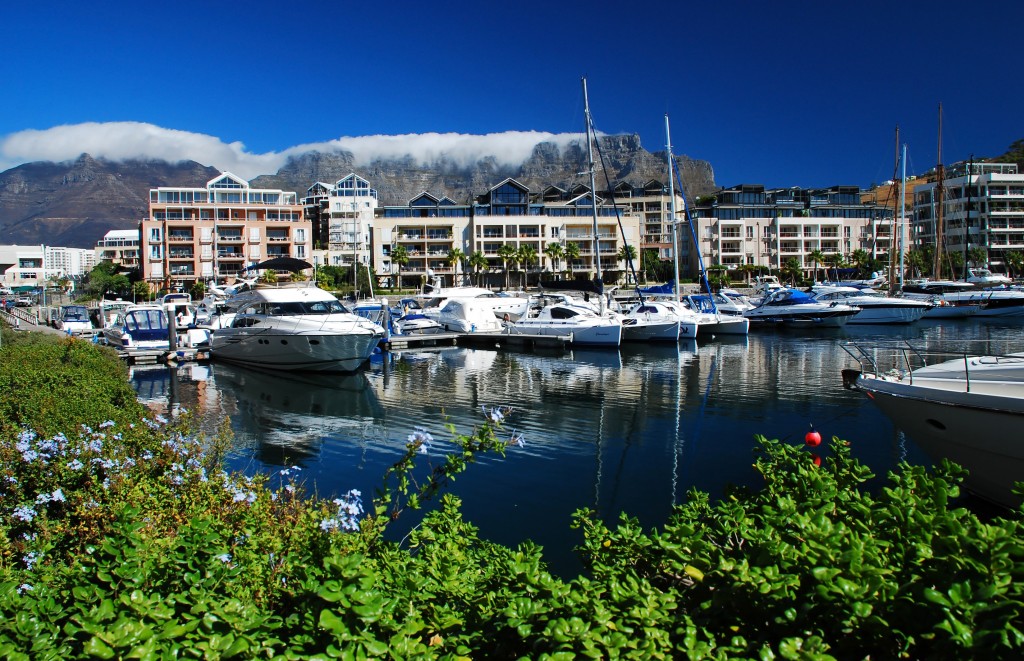