Despite the persistent economic pressures experienced by South African consumers in 2013 as a result of rises in the costs of fuel, electricity and other basic goods, it is testimony to the enduring popularity of beer in the country that the category continued to grow in 2013, albeit marginally. Consequently, however, a very muted growth rate was recorded in total volume terms, at 1%, whilst achieving a significant total value growth rate of 12%; thus reflecting the higher prices of beer. In addition, the growth rates in beer, both in volume and value terms, also reduced year-on-year in 2013.

Beer market in SA and beyond

The South African Breweries (SAB) continued to dominate beer in South Africa in 2013, accounting for a 79% share of sales in total volume terms. This share continues to increase steadily year-on-year, and increased by half a percentage point from 2012. United National Breweries was the second player in beer in 2013, with an 11% share, seeing a slight increase from 2012. Brandhouse Breweries was the third player in the country, with a 7% share, slightly down from its share of 8% in 2011. Together accounting for a 97% share of bee 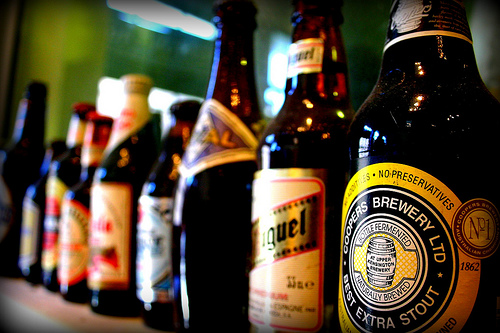 r means that these three players essentially monopolise the beer category in South Africa. The South African Breweries, as a subsidiary of SABMiller Plc, is part of the second largest beer company in the world, which was started in South Africa. It is therefore endowed with a breadth and depth of resources, logistics, network and historical advantage with which is very difficult for other players to compete. In addition, it continues to focus on investing on an ongoing basis in marketing and promotional activities and retail execution, examples of which in 2013 were its National Braai day campaign, the launch of a new brand, Flying Fish Premium Flavoured beer, its new packaging for its Hansa Pilsener brand, and joint-ventures such as Charka Brikettes, with South African Charcoal brand Charka.

More growth in the future

Ongoing, focused marketing with product innovation are expected to continue to be the main drivers of demand and thus growth within beer in South Africa over the next five years.