South Africa has a dual agricultural economy, with both well-developed commercial farming and more subsistence-based production in the deep rural areas. Covering 1.2-million square kilometres of land, South Africa is one-eighth the size of the United States and has seven climatic regions, from Mediterranean to subtropical to semi-desert. This biodiversity, together with a coastline 3 000 kilometres long and served by eight commercial ports, favours the cultivation of a highly diverse range of marine and agricultural products, from deciduous, citrus and subtropical fruit to grain, wool, cut flowers, livestock and game. While 12% of South Africa’s land can be used for crop production, only 22% of this is high-potential arable land. The greatest limitation is the availability of water, with uneven and unreliable rainfall. Around 1.3-million hectares are under irrigation, and around 50% of South Africa’s water is used for agriculture. Agricultural activities range from intensive crop production and mixed farming in winter rainfall and high summer rainfall areas to cattle ranching in the bushveld and sheep farming in the arid regions. Maize is most widely grown, followed by wheat, sugar cane and sunflowers. Citrus and deciduous fruits are exported, as are locally produced wines and flowers. South Africa is not only self-sufficient in virtually all major agricultural products, but is also a net food exporter. It is also the leading exporter of protea cut flowers, which account for more than half of proteas sold on the world market. Other important export groups are wine, citrus, maize, grapes, sugar, apples, pears and quinces. Important export products include agroprocessing products, such as undermatured ethyl alcohol and hides and skins.

Agriculture and the economy

Agriculture as a percentage of GDP has decreased over past four decades, currently contributing around 2%. This implies that the economy is maturing, moving towards the secondary and tertiary sectors. However, farming remains vitally important to the economy with 638 000 people formally employed (Statistics SA, 2012 Q2) – although it’s estimated that around 8,5-million people are directly or indirectly dependent on agriculture for their employment and income. The sector’s significance is largely because of its potential to create jobs, and is a key focus of the New Growth Path, a plan by the government to create 5-million new jobs by 2020. Plans include programmes to promote commercially oriented small-scale farming. Support is also available to smallholders on land acquired through land reform.

World-class infrastructure, counter-seasonality to Europe, vast biodiversity and marine resources, and competitive input costs make South Africa a major player on the world’s markets. The agroprocessing industry spans the processing of freshwater aquaculture and mariculture, exotic and indigenous meats, nuts, herbs and fruit. It also involves the production and export of deciduous fruit; production of wines for the local and export market; confectionary manufacturing and export; and the processing of natural fibres from cotton, hemp, sisal, kenaf and pineapple. It contributed R280-million to the GDP in 2011, which is 20% of the total amount generated by the manufacturing sector. It is the third largest contributor to GDP within the sector, after chemicals and metals (Statistics SA, 2012).  Agroprocessing has particularly strong linkages both up- and downstream: the sector links to agriculture across a wide variety of farming models and products; while downstream the sector’s products are marketed across wholesale and retail chains, as well as through restaurants, pubs, shebeens and fast-food franchises. According to the Industrial Policy Action Plan, the food-processing sector is the largest manufacturing sector in employment terms, with about 171 000 employees. This increases to more than a million jobs if agriculture is included. The government plans to exploit South Africa’s competitive advantages that – if fully exploited – would place South Africa among the top 10 export producers in high-value agricultural products. Excellent wines, indigenous rooibos and honeybush teas, and certain fruits are highly sought after in export markets. Aquaculture (fish farming) is regarded as priority sector, largely because of its potential for job creation as it scales up to meet increasing domestic demand. But, in general, greater focus is being paid to processed goods and domestic processing capabilities to help boost the value of exports. Financing is available from the Industrial Development Corporation to encourage development within the food, beverage and agro industries. There are also various projects in place to boost agroprocessing in rural areas, through providing finance and infrastructure. 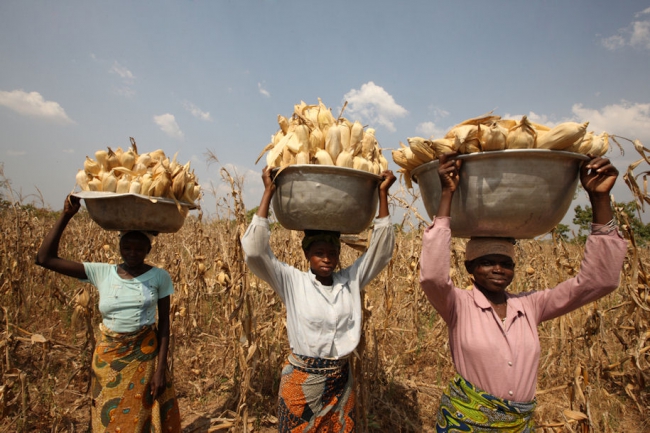