Despite increased pressure on consumers’ disposable incomes due to the poor economic climate, alcoholic drinks managed to remain steady in 2013, only reporting a slight dip in volume growth. Whilst categories such as malt-based RTDs curbed volume growth, this was counteracted by the performance of categories such as vodka, cream-based liqueurs and cider/perry. As alcohol is considered a non-essential or luxury item, some consumers traded down to cheaper alcoholic beverages, rather than dropping out of the category altogether.

Increased excise duties on alcoholic drinks, as well as the rising costs of raw materials, electricity and fuel, resulted in unit price increases within alcoholic drinks. These made such products more expensive, and some lower-income consumers had to reduce consumption or switch to cheaper alternatives. The government hopes that increased taxes will help its efforts to curb alcohol abuse. 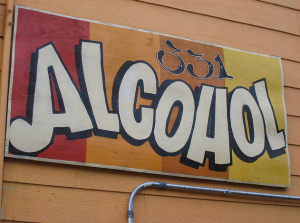 Specialist retailers continued to account for the vast majority of volume sales of alcoholic drinks in South Africa in 2013. However, whilst independent outlets used to be the only companies that operated within this channel, South Africa’s leading supermarket retailers have introduced their own brands, and are focusing on increasing the number of their specialist liquor stores. Spar Group’s Tops continues to expand, and these outlets are usually located next to one of the group’s Spar supermarkets. Shoprite Holdings’ Liquor Shop is a smaller chain, with outlets found attached to either a Shoprite or Checkers supermarket. Pick ‘n Pay Retailers has its own liquor stores located next to a number of its supermarkets. In May 2010 Woolworths introduced its Woolworths Wine & Spirits stores, which stand as separate concession stores within its Woolworths outlets. In more recent years, Massmart’s mixed retailers brand Game introduced Game Liquor concession stores.

Alcoholic drinks are expected to continue to experience constrained growth in both value and volume terms over the forecast period. It is doubtful that the economy will experience any dramatic improvement in this period due to a number of factors. Labour unrest is a problem that will not see a quick-fix solution, and thus GDP and the strength of the rand will continue to be repressed. This, coupled with the increasing costs of fuel, as well as power supply shortages (due to Eskom being unable to meet the demand for electricity), will mean that production will remain low and costs will rise. However, whilst consumer spending will remain constrained in this non-essential market, many will continue to find a way to purchase such products.