Coffee and Tea in South Africa

RTD coffee in South Africa is fairly small, with value and volume sales highly negligible, although there are signs that the category may eventually see higher sales growth. 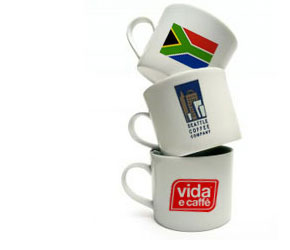 The coffee category remained fairly small relative to the country’s large population over the review period. The average household consumed around 500 grams of coffee in 2013. This is particularly due to the fact that coffee consumption has rarely been cultural in South Africa as most consumers prefer tea over coffee. Coffee is considered a fairly expensive hot drink when compared to tea, which is much less expensive due to the fact that it is indigenous to South Africa.

Nestlé led the category in 2013 with a retail value share of 38%. The company’s success can be attributed to its broad product portfolio across all coffee categories, with its Nescafé brand. Nescafé’s range of coffee includes instant coffee and decaffeinated coffee, as well as a green blend and 3-in-1 coffee. The range ensures a wide reach to consumers who are concerned about their health, as there is always an option to consume coffee with less caffeine content. The Nescafé Ricoffy brand proved to be popular amongst South Africans who can easily relate to the brand as they have trust in it in terms of its perceived quality.

The lack of a coffee drinking culture in South Africa is expected to restrict category expansion over the forecast period.

Tea will likely remain the first choice hot beverage for most consumers in South Africa due to its affordability, whilst regular coffee drinkers are anticipated to support volume growth despite any prevailing economic conditions.

National Brands led tea in South Africa in 2013 with a 40% retail value share. The company’s success was driven by its broad brand portfolio which provides consumers with a wide variety. National Brands prides itself on its brands, such as Five Roses and Freshpak, which have become household names when it comes to tea consumption in South Africa. These brands are packaged in attractive packaging, to which consumers have grown to relate.

Retail value growth for tea is expected to remain fairly low over the forecast period. The anticipated decline in unit prices in terms of constant value at 2013 prices in many categories will likely be a key factor in limiting growth, although volume sales may increase. The tea category is expected to post a CAGR of 1% in terms of constant value at 2013 prices over the forecast period.

The consumption of ice tea in South Africa was generally low when relating to the overall population size. Consumption levels have been fairly low due to the fact that most consumers are yet to understand the product itself. With more promotional activities within RTD tea, consumption levels are generally on the rise across the country as more consumers start to embrace the product which was previously perceived to be luxury and more exotic.

Bos Brands (Pty) Ltd led overall volume sales of RTD tea during 2013. The company’s success was mainly due to its success in being the sole player in carbonated tea, which is a fairly new category, whilst it also holds significant volume share in still RTD tea where leading brands such as Lipton ice tea from Unilever dominate. Bos Brands also boasts a wide variety of flavours of iced tea which is complemented by colourful packaging which makes the products stand out on the shelves.

RTD tea is expected to see stable growth over the forecast period, although the growth would be expected to be restricted to demand from middle- to high-income consumers. The category would however, be expected to expand if manufacturers invested more in promotional activities, such as bulk discounts and the introduction of value packs, to stimulate demand.