Chief among African leaders, Nelson Mandela is one of few statesmen to have achieved almost universal respect around the world and across the political spectrum. His role in fighting apartheid, his imprisonment on Robben Island – where he came to symbolise the struggle of oppressed people around the world – and his ability to steer South Africa through the crisis of its rebirth earned him the international reputation of benevolent negotiator and quintessential peacemaker. Imprisoned for 27 years for his opposition to apartheid, Mandela came out of prison in 1990 expressing no bitterness towards his tormentors. Instead, he championed reconciliation among South Africa’s polarised races, espousing the principles of nation-building and co-operative governance. Mandela was one of the few leaders capable of inspiring confidence both inside and outside the country. Few others would have managed to unite the disparate warring parties and steer South Africa from what seemed to be the brink of civil war. But who stands up in South now Madiba is no more? And how is it about leadership within companies and what is the level of management?

At the heart of this statement lies a belief in ‘Enterprise’ as a core lever for South Africa’s growth, and recognition that in this sense it has both ‘rights’ and ‘responsibilities’. A South Africa that is good for enterprise is one which enables a fair balance between the investment and extraction of value in the long term, where markets function effectively, and social and economic conditions that create stability and provide a platform for commercial enterprise to thrive. This according to Business Leadership South Africa (BLSA).

Business Leadership South Africa (BLSA) is concerned with issues of collective interest to business, the economy and society as a whole. A core mission of BLSA is to facilitate an effective dialogue between business, government and other stakeholders. This, as with other activities requires working closely with other business bodies. Individual or sectoral interests of members continue to be addressed and promoted by existing sectoral bodies or the individual companies concerned.

African Leadership Academy is an organisation in South Africa which seeks to enable lasting peace and prosperity in Africa by developing and connecting the continent’s future leaders. Africa’s greatest need is ethical and entrepreneurial leadership. Too often, Africa invests in addressing the symptoms of bad leadership in Africa. The world gives blankets, food, and medicine to those impacted by war, poverty and famine. But these efforts will never stop unless Africa develops leaders who prevent wars from occurring in the first place, entrepreneurs who create jobs, and scientists who sustainably increase food production and access to healthcare. 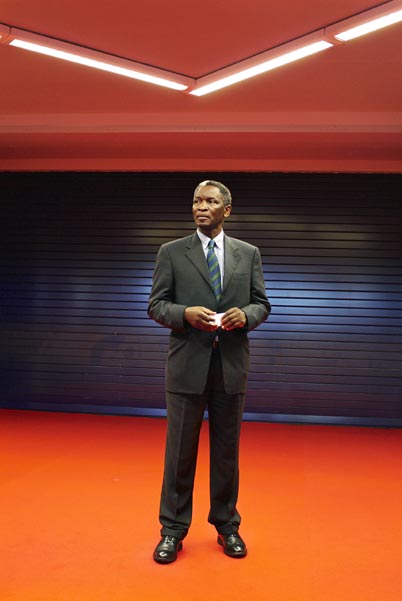 Eric Mafuna, the founder of the African Leadership Group was interviewed bij Fred de Vries. During this interview Mafuna made very clear what the problem is in South Africa regarding leadership.

Click on the link to read the full interview with Mafuna.