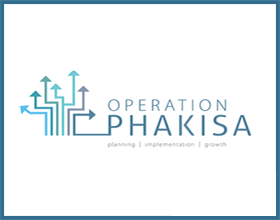 A liquid natural gas (LNG) power plant is being planned for Port Elizabeth that is expected to be South Africa’s most efficient and safest energy capacity expansion. The project, led by the Coega Development Corporation, falls under Operation Phakisa, a governmental results-driven approach that involves clear plans and rapidly achievable targets. It comprises on-going monitoring of progress to quickly unlock economic growth and development. According to the US’s Energy Information Administration (EIA), natural gas production is expected to hit 10% of the global crude production by 2020. Leading LNG exporters include Qatar, Italy, France and Japan. Natural gas could be considered the most environmentally friendly fossil fuel because it has the lowest CO2 emissions per unit of energy and is suitable for use in high efficiency combined cycle power stations. Burning the natural gas produces about 30% less carbon dioxide than petroleum and 45% less than burning coal. Being safe, environmentally friendly and cost-effective means the industry is an attractive option for South Africa and offers a much-needed boost for the country’s energy security.

The Coega Development Corporation is the operator of the Coega Industrial Development Zone (IDZ) in Nelson Mandela Bay. Established in 1999, the IDZ is South Africa’s foremost location for new industrial investments, with the CDC aiming to provide a competitive investment location and a total business solution for its customers, as well as ensuring sustainable economic development in the region. To date, the corporation has delivered on its mandate to provide socio- economic development for Eastern Cape, enabling the creation of almost 100 000 jobs and training for just over 70 000 people. It has 29 operational investors and an investment portfolio of more than R151-billion.

Earlier this week, the CDC issued a tender notice for an environmental impact assessment for a combined cycle gas turbine (CCGT) power facility at the Coega IDZ. It will link to the LNG terminal at the Port of Ngqura, a deep-water seaport adjacent to the zone. Sandisiwe Ncemane, the CDC energy sector manager, explained that the new stage in the Port Elizabeth project would support the government’s Integrated Resource Plan and a 2012 ministerial determination allocation of 2 652MW for energy from natural gas between 2021 and 2025. “Up to [now], [Coega] and various state organs undertook a lot of valuable preparatory work. The technical feasibility and financial viability of the project had been broadly established,” said Ncemane. Five environmental impact assessment studies support gas-to-power solutions as viable fast energy solutions, including a marine pipeline servitude report which is under way. Also considered was a draft scoping report by Eskom and the Central Energy Fund that saw potential in a feasible LNG-to-power project in South Africa. A Transnet study identified several suitable locations at Port of Ngqura for the development.

The proposed CCGT plant will be the second power plant in the Coega IDZ after the Dedisa Peaking Power Plant, a liquid fuel open cycle gas turbine with a 342MW generation capacity. Last month, Dedisa transferred power to the national grid during a test exercise and the facility is scheduled to go online later this year. “Policy developments such as the proposed Gas Utilisation Master Plan and the establishment of the Gas Independent Power Producer Procurement Programme inform the progress on the development of the LNG terminal and second gas power plant in the Coega IDZ,” Ncemane said. South Africa currently has three gas production fields off the south coast. There is no active onshore exploration, but desktop studies are being conducted for feasibility. The Petroleum Agency South Africa this week announced that 45 companies had active onshore and offshore permits and rights. Ncemane noted that the development of the LNG terminal and second gas plant for the Coega IDZ was imminent, as the berth facility at the Port of Ngqura allowed the country to import LNG as a short-term bridging solution while the country’s nascent indigenous gas exploration and production industry developed.

“There is no doubt in my mind that the Coega IDZ and port is ready to be part of the solution for improving energy security in the country through LNG. The CDC is well positioned to develop a second gas fired plant through our expertise and track-record with Dedisa.” The Coega IDZ also has the necessary labour at its disposal through its construction track record with Dedisa. “We have now built a labour force with high absorption of local human resources, who are ready to work on this new project,” said Duncan Grenfell, the head of recruitment and placement at the corporation. “An LNG-to-power plant at Coega will be one of the most efficient capacity expansion options for South African energy security. Gas-fired power plants make efficient use of natural resources and relatively low CO2 emissions because of high thermal efficiency,” concluded Ncemane.