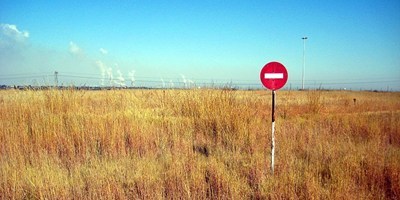 By Care Malherbe from www.tourismupdate.co.za:

The proposal to disallow foreigners from owning land in South Africa will deter prospective hotel and game reserve investors and see them investing in other African countries instead, says Martin Jansen van Vuuren, Director at Grant Thornton in the Cape.

President Jacob Zuma said foreign nationals would not be able to own land in South Africa when he made his State of the Nation (SONA) address on Thursday. He said this was part of the draft Regulation of Land Holding Bill, which would be submitted to parliament this year.

Jansen van Vuuren told Tourism Update: “Land ownership will also be limited in the amount of land that could be owned, which would have an impact on investments in game reserves. All of this adds more complexity to foreign investment. Foreign investors may decide to simply invest somewhere else where it is less complex.”

Commenting on concerns that the decision would harm foreign direct investment in the country during the post-SONA interview with the South African Broadcasting Corporation on Sunday night, President Zuma said the decision was fair and that foreigners would still be able to lease land. Foreign nationals will be eligible for a long-term lease with a minimum of 30 years. Land ownership will also not be allowed to exceed 12 000 hectares.

Zuma said: “We now know that people come and buy the best part of the land, so local people are not going to have an opportunity to do business in their own country because it has been bought. You might end up with three-quarters of the land in South Africa being owned by people out there and we end up paying rent to them.”

Click below to read the whole draft of the expropiation bill