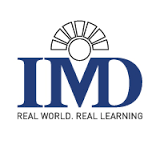 South Africa has risen one place in global competitiveness rankings, with its business efficiency seeing a major improvement, according to the 2016 Institute for Management Development (IMD) World Competitiveness Yearbook.

The yearbook is the leading annual report on the competitiveness of nations, published by IMD since 1989. The report compares the performance of 62 countries according to more than 300 measures of competitiveness.

In this year’s report, South Africa’s global competitiveness ranking rose from 53rd place out of 62 in 2015 to 52nd in 2016. The improvement is despite continued drought and a depressed global economy. The rankings are drawn from a combination of hard data and the results of an executive opinion survey. Productivity SA is the information partner for the IMD in South Africa.

Looking at the BRICS grouping of emerging economies, South Africa performed better than Brazil, which ranked 57th. Mainland China dropped from 22nd place to 25th, but remains the most competitive BRICS country. Russia rose from 45th place to 44th, and India from 44th to 41st.

The IMD World Competitiveness Yearbook rates the ability of industrialised and emerging economies to create and maintain an environment that sustains the competitiveness of enterprises. Countries are analysed according to data grouped into four categories: government efficiency, business efficiency, economic performance and infrastructure.

In the 2016 report, South Africa had mixed results in the four categories:

In the 2016 rankings, China and Hong Kong share the first spot, Switzerland second and the USA third. Singapore, Sweden, Denmark, Ireland, the Netherlands, Norway and Canada complete the top 10.