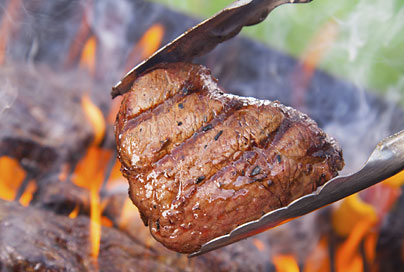 Chesa Nyama is going to America, but what exactly is chesa nyama, or shisa nyama?

According to South Africa braai connoisseur Jan Braai, while “chesa nyama” might literally mean “to burn meat” in isiZulu, it is a lot more than that. It is an informal social event involving the traditional meat braai, where friends and even strangers gather to celebrate the great South Africa social culture of food and community. It is an opportunity to bring together people of all walks of life with good food and good music, to make great memories.

It has almost 300 franchises across South Africa and employs over 3 000 people. The brand’s rapid growth led to the listing of its owner company, Gold Brands, on the JSE at the beginning of 2016.

Gold Brands is now set to export the success of Chesa Nyama and South African braai culture to the United States, with plans to open its first restaurant in Nashville, Tennessee in October. Gold Brands announced on 23 February 2016 that the company had signed a memorandum of understanding for the expansion of the brand with private investors, the South African industrial holdings firm Red Hornbill, and the White Family Partnership, an American partner.

An area development agreement between these partners allows for the establishment of Chesa Nyama Holdings in the US, with Gold Brands as a partner in the joint venture. It will own 30% of the American company and Red Hornbill will own 40%; the remaining 30% percent will be held by the White Family Partnership. According to the deal, Red Hornbill and the White Family will cover the funding of the Nashville set up as well as establishment costs for the further roll out of the franchise in the US. While Gold Brands will not provide capital for the US venture, it will be responsible for logistical support in the development of the product lines, branding, menu costing and strategic support.

Gold Brands’ chief executive, Stelio Nathanael, explained the origins of the expansion plans to CNBC Africa: “We have long had a dream of taking Chesa Nyama beyond the borders of Africa. The idea has always been to bring our iconic South African braai culture to America.”

“(While) we’ll have to teach (the Americans) how to say Chesa Nyama first,” Nathanael joked, “it’s more about a restaurant dining concept giving that African feel and what we as South Africans are about.” He attributes the success of the brand to South Africans who embrace the combination of tradition with the contemporary. “(Our customers) love the brand so much, love the vibe of the brand… (but) they (also) love the tradition of Chesa Nyama and bringing it from the township to the suburbs is the reason for its success.” He is confident the model will translate not only to a large African expatriate community in Nashville, but also to Americans looking to try something a little different.