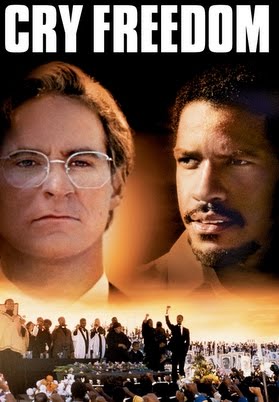 International film productions in SA should be encouraged

More international film production should be encouraged in South Africa to strengthen the country’s economy, Trade and Industry Minister Rob Davies said at an event to publicise a current US television production in the country, the historical series Of Kings and Prophets.

The rand-dollar exchange rate was a boon to foreign film production he said: “It means they have a huge advantage; it just makes it much cheaper for them.” But the minister was cautious to add that the training and experience for the local film production workforce, covering everything from acting to production and behind the scenes, was an immeasurable boost for the South African talent involved. Service providers and other industries also benefit from the investments.

Since the introduction of its film incentive programme by the Department of Trade and Industry (DTI) in 2004, 20% of preproduction and production spending by international film productions in South Africa had gone directly into the country and its workforce, the department said – even more if postproduction work (including using local visual effects and editing companies) was completed in South Africa. And the effects of this investment were being felt in all areas of the industry, according to a 2012 baseline report by Deloitte. It showed that the industry achieved an economic multiplier of 2.89 – for every rand spent in the industry, R1.89 was generated within the local economy. In total, since 2004, R15-billion has been invested in South Africa and its people.

Film and television production added R5-billion to Cape Town’s economy, according to the city, a city of choice for local and foreign film makers. More importantly, it added 35 000 new local jobs between 2011 and 2014. Productions include the Leonard DiCaprio hit Blood Diamond, Safe House starring Denzil Washington and, most recently, the acclaimed Mad Max: Fury Road.

Over the last five years, the local film industry – telling original South Africa stories for film and television for local and international markets – has grown exponentially. Directors, writers, actors and hands-on production staff are taking the lessons learned from working on international productions and using these to tell local stories and build the industry. In 2011 to 2013, the industry produced 25 films for theatre release, generating 11% of industry-wide box-office takings, or R98-million (about $6.4-million) of R879-million.

During the first half of 2014, more than a dozen local films accounted for R33- million of the R382-million total box office gross. These films covered diverse genres and fortunes: action, drama, comedy, documentary and art house.
Successful movies such as Anant Singh’s epic Long Walk to Freedom, the Spud trilogy, numerous Afrikaans-language box office hits and, most recently, the sleeper success of the romantic drama Ayanda, have all benefited from the development of the local film industry via large international input.

Of Kings and Prophets, a production by the American Broadcasting Corporation (ABC) said to rival the scope and success of other epics such as Game of Thrones and Lord of the Rings, is currently filming in Cape Town. It is officially, according to the DTI, the largest production to be filmed in South Africa. Direct production spend by ABC is estimated at over R450-million, with R391-million of that expenditure qualifying for a 20% rebate for the South African government. According to the DTI factsheet accompanying Davies’ visit to the production, estimated direct and indirect tax revenue for the local economy is estimated to be R70-million. Almost all of the crew on the production are South African, according to ABC, covering everything from costume design to casting and set construction.

Sets – interiors are in a Stellenbosch warehouse and exteriors are in Durbanville – are reputably some of the largest ever built in South Africa and were co-ordinated by a full South African workforce, headed by production design veteran Johnny Breedt. Breedt also worked on Long Walk To Freedom, Hotel Rwanda and the No.1 Ladies’ Detective Agency series. Of the 600 to 850 crew members working on the series, 50% were from “previously disadvantaged” groups, Davies said, including 26 South African trainees and film graduates in 12 production departments. Their training was provided by the local non-profit Film Industry Learner Mentorship (Film) programme and was financed by the DTI. A total of 829 local production vendors and service providers – including catering, manufacturing and hospitality assistance – have been used by the production. The series’ co-executive producer, Chris Brancato, praised the work ethic of the South African production team, highlighting the ethnic diversity of the crew, particularly in fulfilling various high-skill roles – something he called a rarity in Hollywood. Speaking to Business Day, Brancato said the assistance from the local industry and the government did not disappoint. Comparing the differences between the American and South African counterparts, he said seasoned Hollywood film industry members working on the Of Kings… production were incredibly impressed with the work ethic and skills level South Africans had shown, adding that it “is not a common response in Hollywood”. Another ABC production head, Gary French, reiterated the international film community’s enthusiasm for working in South Africa and with South Africa talent, telling Business Day’s Sue Blaine: “We couldn’t have done it without the South Africans who have come on to our show and become part of our family.”

Of Kings and Prophets, starring Ray Winston, premieres on US television in March 2016 and locally on DSTV Edge later in the year.